Marrakech (Marrakesh) is a major city of the Kingdom of Morocco. It is the fourth largest city in the country, after Casablanca, Fez and Tangier. tours from Marrakech are must tourism poplar in Morocco.

It is the capital city of the mid-southwestern region of Marrakesh-Safi. Located to the north of the foothills of the snow-capped Atlas Mountains.

its possibly the second most important of Morocco’s four former imperial cities after Fez. The region has been inhabited by Berber farmers since Neolithic times, but the actual city was founded in 1062, by Abu Bakr ibn Umar, chieftain and cousin of Almoravid king Yusuf ibn Tashfin. In the 12th century. the Almoravids built many madrasas (Koranic schools) and mosques in Marrakesh that bear Andalusian influences.

The red walls of the city, built by Ali ibn Yusuf in 1122–1123, and various buildings constructed in red sandstone during this period, have given the city the nickname of the “Red City” or “Ochre City”. Marrakesh grew rapidly and established itself as a cultural, religious, and trading center for the Maghreb and sub-Saharan Africa; Jemaa el-Fnaa is the busiest square in Africa.

The palace of Bahia (palace of the beautiful, the brilliant) is a nineteenth century palace of eight hectares located in Marrakech. and  one of the major monuments of the country’s cultural heritage and one of the main places of tourism in Morocco

The El Badi palace (sometimes spelled El Badiî palace or El Badia, literally “Palace of the incomparable”) is an architectural ensemble built at the end of the sixteenth century and located in Marrakech in Morocco.

Former palace, it was built by the Saadian sultan Ahmed al-Mansur Dhahbi to celebrate the victory over the Portuguese army, in 1578.

The Jardin Majorelle in Marrakech is one of the most visited sites in Morocco. It took French painter Jacques Majorelle (1886-1962) forty years of passion and dedication to create this enchanting garden in the heart of the “Ochre City”.

We amble along shady lanes, in the midst of trees and exotic plants of dreamy origin; we walk past refreshing, burbling streams and pools filled with water lilies and lotus flowers; we hear wafting through the air, laden with sugared fragrance, the rustling of leaves and the chirping of numerous birds who come here to take refuge; we stop, and the path turns unexpectedly, revealing a building with Moorish charm. 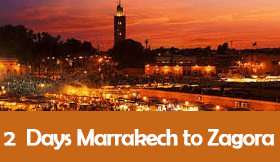 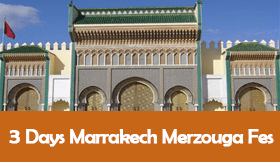 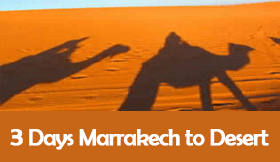 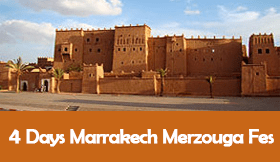 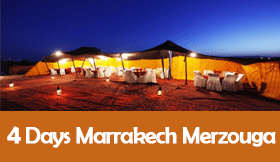 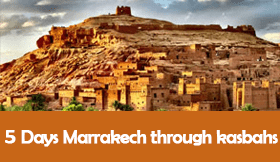